Deerhurst Resort’s Executive Chef, David Bakker, has just returned from the IKA/Culinary Olympics in Erfurt, Germany where he captained the culinary team from Humber College, where he teaches, earning Gold in the regional team competition.

The IKA/Culinary Olympics have taken place every four years since 1900, and now attracts 2,000 chefs from 50 countries, who prepare 7,000 menus during an intensive competition.

“We are just beyond thrilled to have won gold.” Chef Bakker, who was the Team Captain for the Humber College Culinary Olympic Team says. “This means so much to us, and really rewards all the preparation and hours of practice we did,” He continues.

The Humber College Culinary Olympic team consisted of faculty, alumni and students and held practice sessions to ensure their skills and presentation were up to the challenge – and that they were! 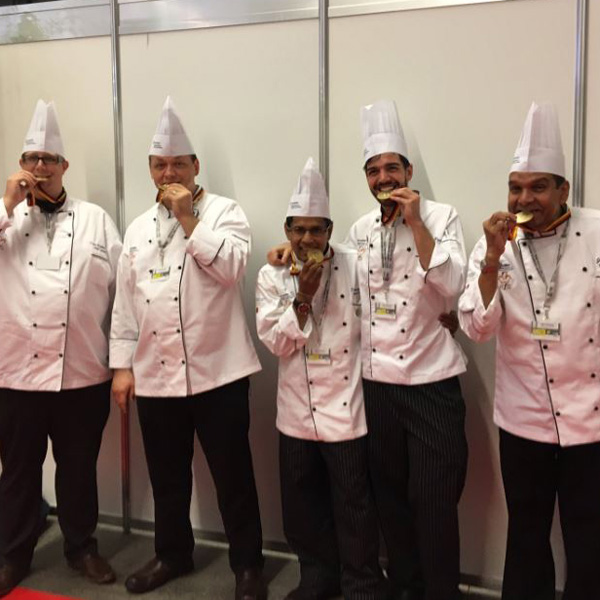 Executive Chef David Bakker has built a career out of his two passions: food and education. In addition to leading Deerhurst’s culinary team, Chef David also teaches at Humber College’s School of Hospitality.

Having competed and won numerous gold medals at international competitions including a gold as a member of the Culinary Team Ontario and Culinary Team Canada, Chef David has a knowledge and passion for all things food.