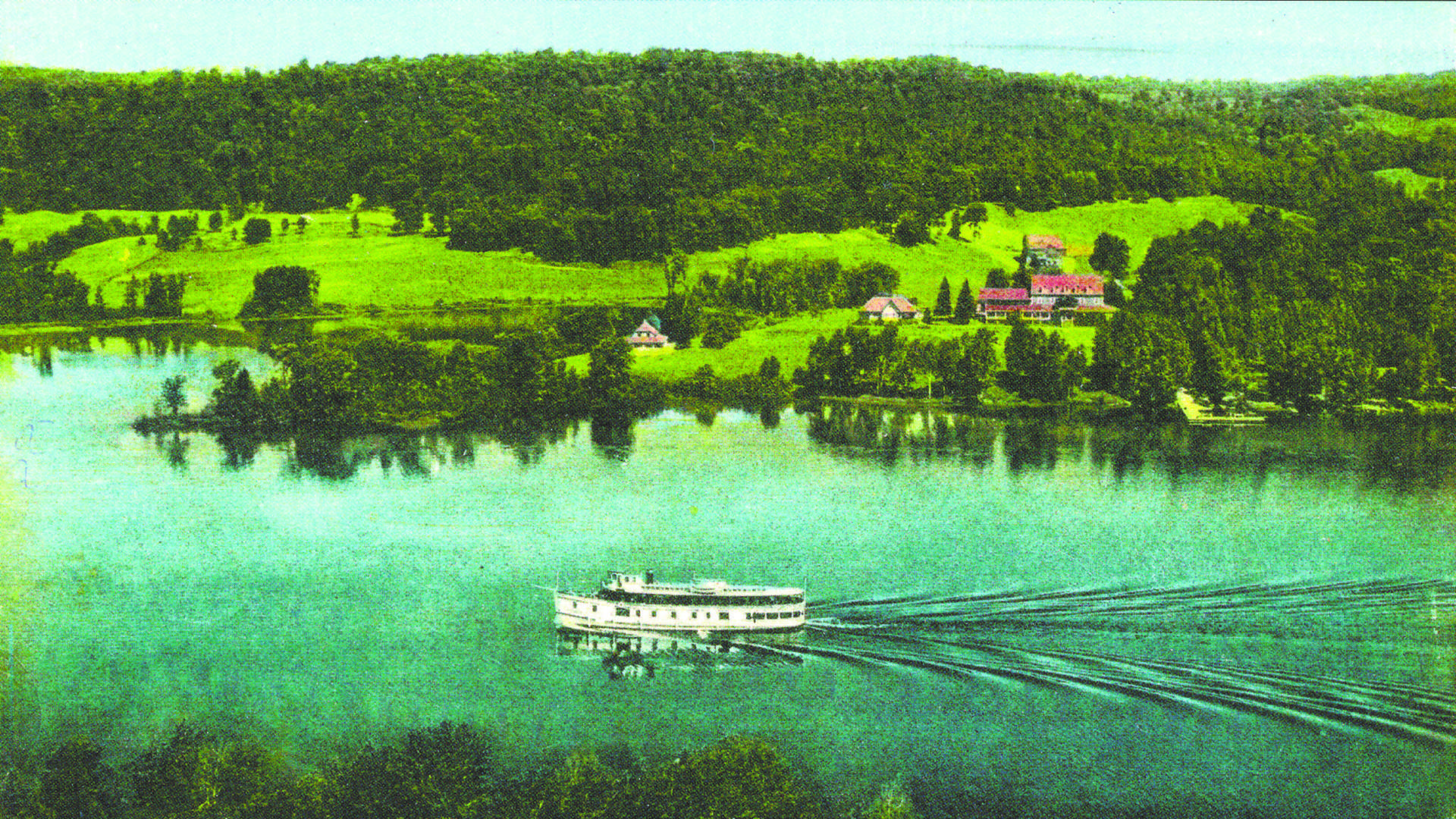 Covid-19 may have closed Deerhurst Resort’s doors for three months early in 2020,  but it has not been the first global crisis that the resort has witnessed and weathered, only to emerge stronger and more vibrant than ever. Throughout its 125 year history,  Deerhurst Resort didn’t skip a year of operation during a century that saw the 1918 Spanish flu pandemic, two world wars, the great depression, numerous recessions plus serious downturns in tourism caused by 9/11 and SARS.  And now our 125th summer is shaping up to be one of the best yet, as guests experience the joys of being in nature again as the world carefully returns to normal. While a big celebration for this milestone anniversary has been postponed due to continuing pandemic precautions, this summer we take pride in reflecting on how Deerhurst Resort has shaped many memories for generations, and will for many generations to come. We hope you can add your own chapter to our resort history with a visit soon. 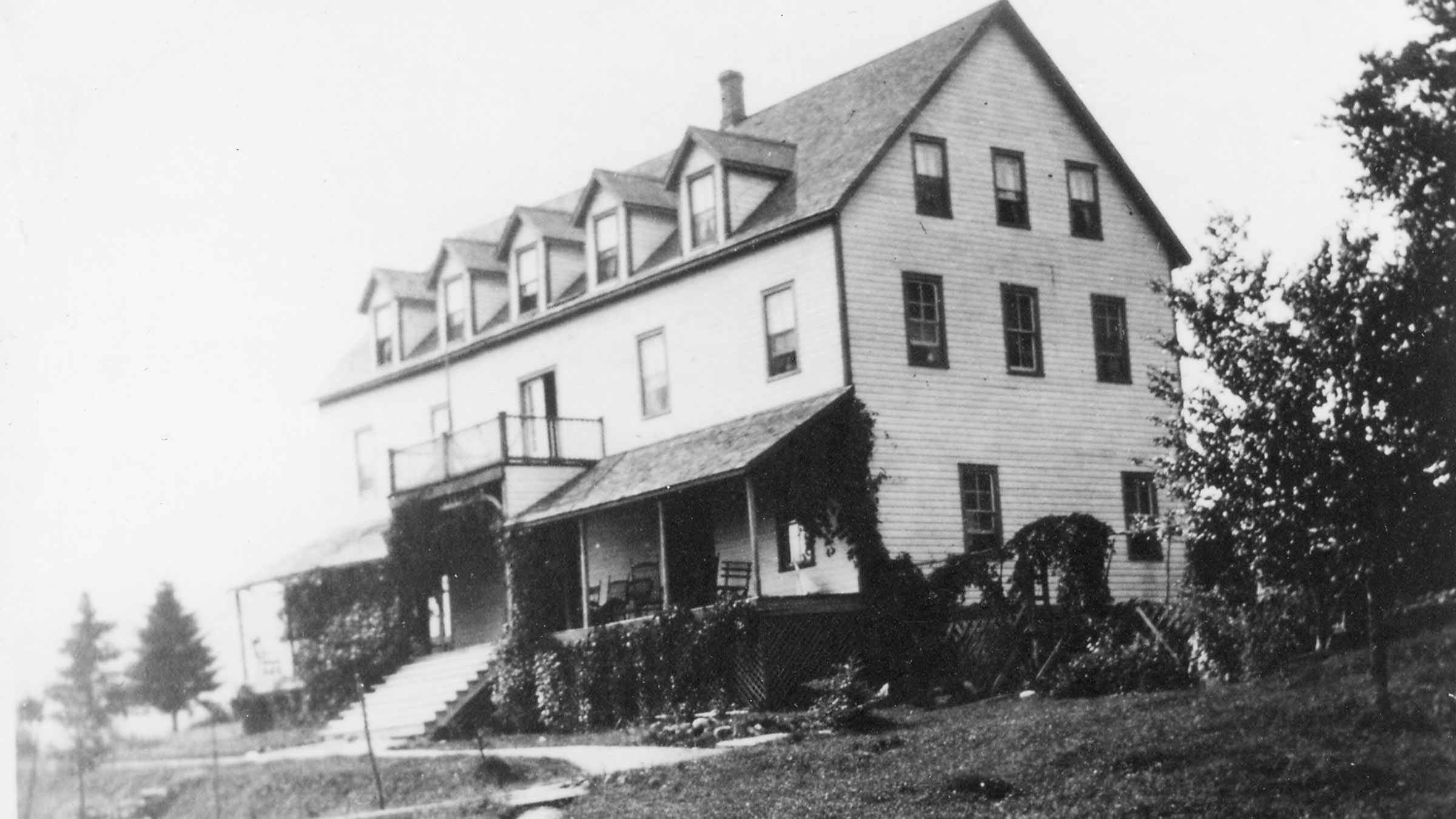 The original main lodge circa 1906 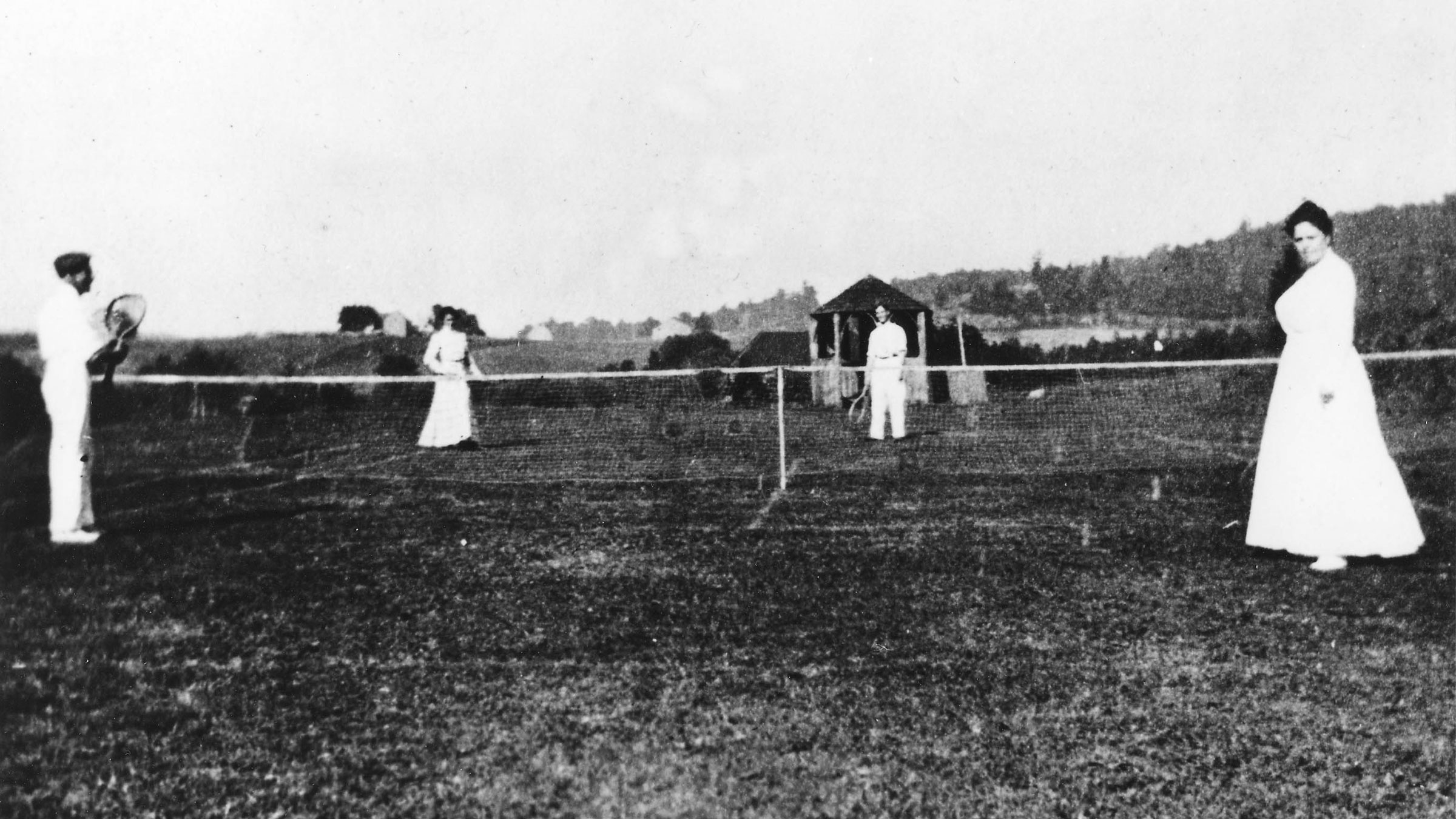 Deerhurst Resort is one of Ontario’s greatest hospitality success stories. It stands among the few historic Muskoka hotels that did not succumb to economic vagaries, management difficulties, or the most common form of hotel destruction in the early days of Muskoka’s tourism industry – fire. Unlike many resorts that evolved from private homes offering lodging to overnight tourists, Deerhurst began as a first-class resort, built from the outset to provide upscale vacations to a discerning clientele.Throughout a rich history that has seen it evolve from a family-run seasonal operation to one of the country’s most sophisticated and extensive vacation and conference destinations, Deerhurst has owes its longevity and continued success to three core features: the beauty of its natural lakeside surroundings, the congeniality and commitment of its hosts and staff, and the quality of its amenities, food and activities.

A Family Affair – The Waterhouse Years 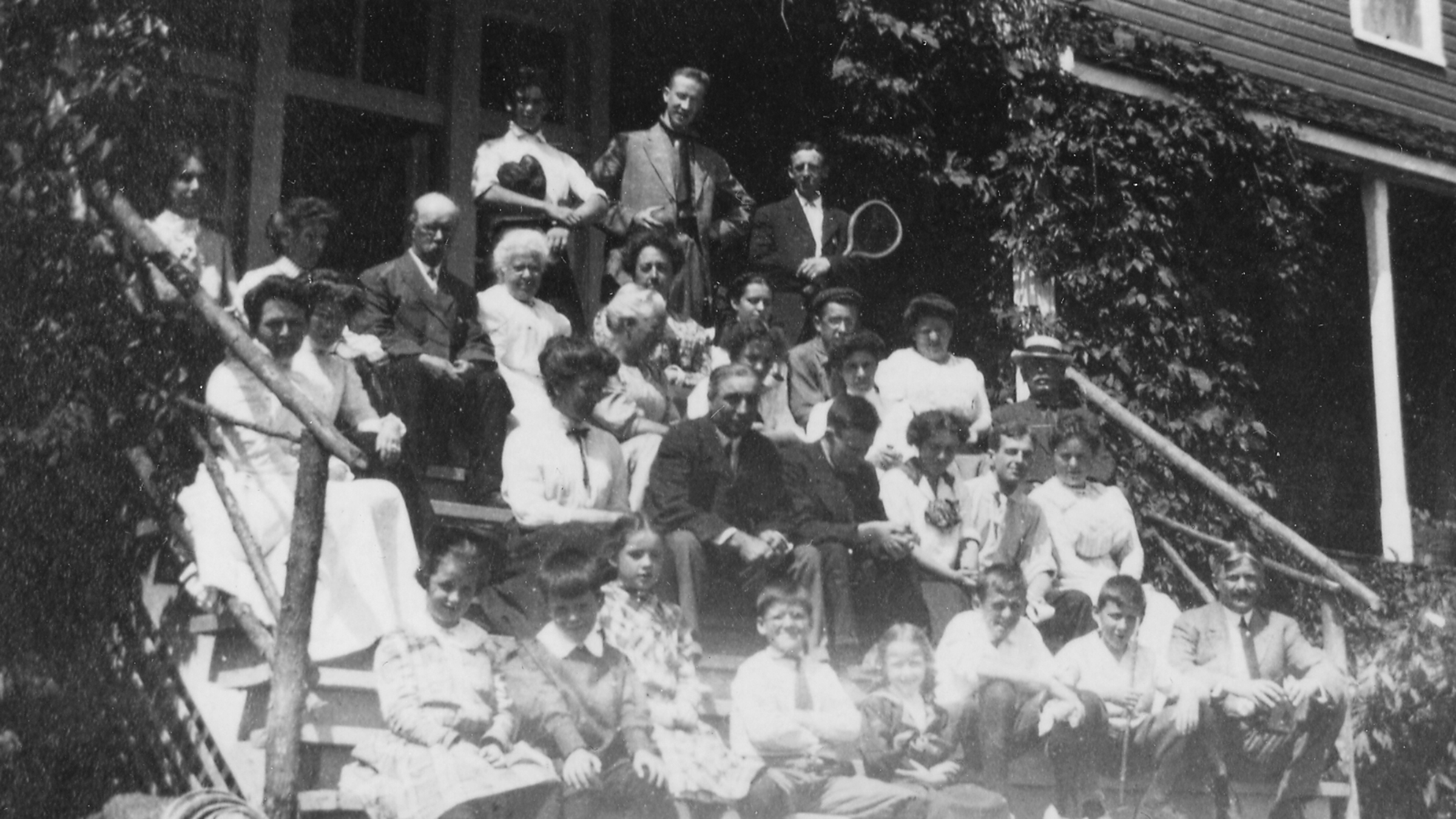 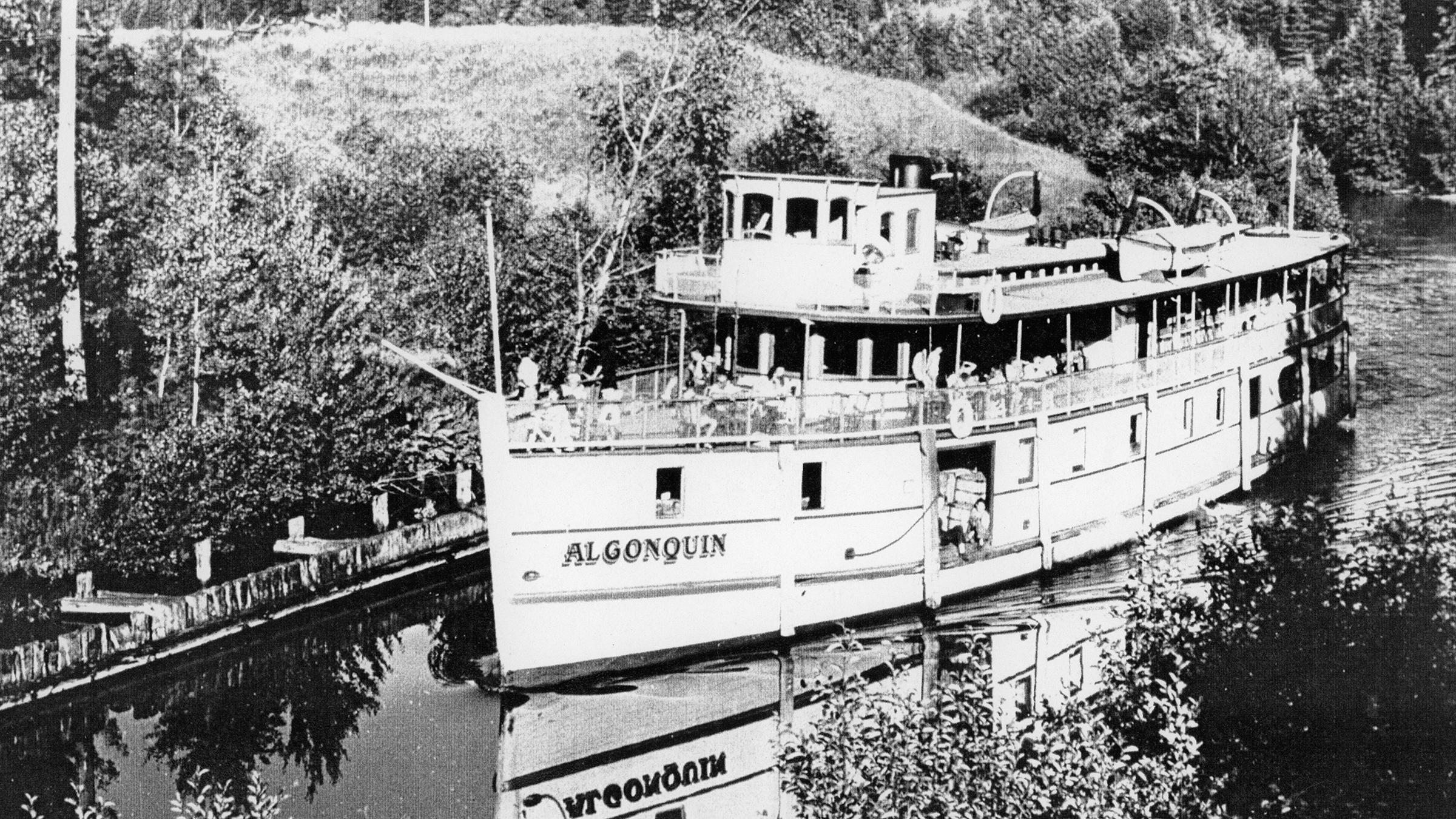 The Algonquin traversing the canal to Peninsula Lake

The early story of Deerhurst Resort is largely the story of the Waterhouse family, who for three generations shaped not only its physical presence but its character. In 1896, a young, aptly named English entrepreneur named Charles W. Waterhouse opened the lodge that he named Deerhurst Resort on a prime four-acre plot along Peninsula Lake. Originally only accessible by steamship, the first major summer resort on Muskoka’s northern lakes had 18 bedrooms, a dining room, a smoking lounge and a verandah. During its first season, Deerhurst hosted a total of two guests who paid $3.50 per person per week, which included three meals a day!

Guests, who often stayed for several weeks, enjoyed fishing, rowing, swimming and tennis. Charles even took guests on fishing and hunting excursions at his property on Rain Lake in Algonquin Park. Perhaps inspired by British riverside villages of the same name, Waterhouse’s choice of the name Deerhurst, meaning “a wood frequented by deer” has always been fitting. But while Deerhurst’s roots are English, its character, like its name, soon took on a Canadian identity well suited to the wilderness around it. It is that balance of culture and nature, comfort and adventure, that has made the Deerhurst experience so rewarding for so many generations. 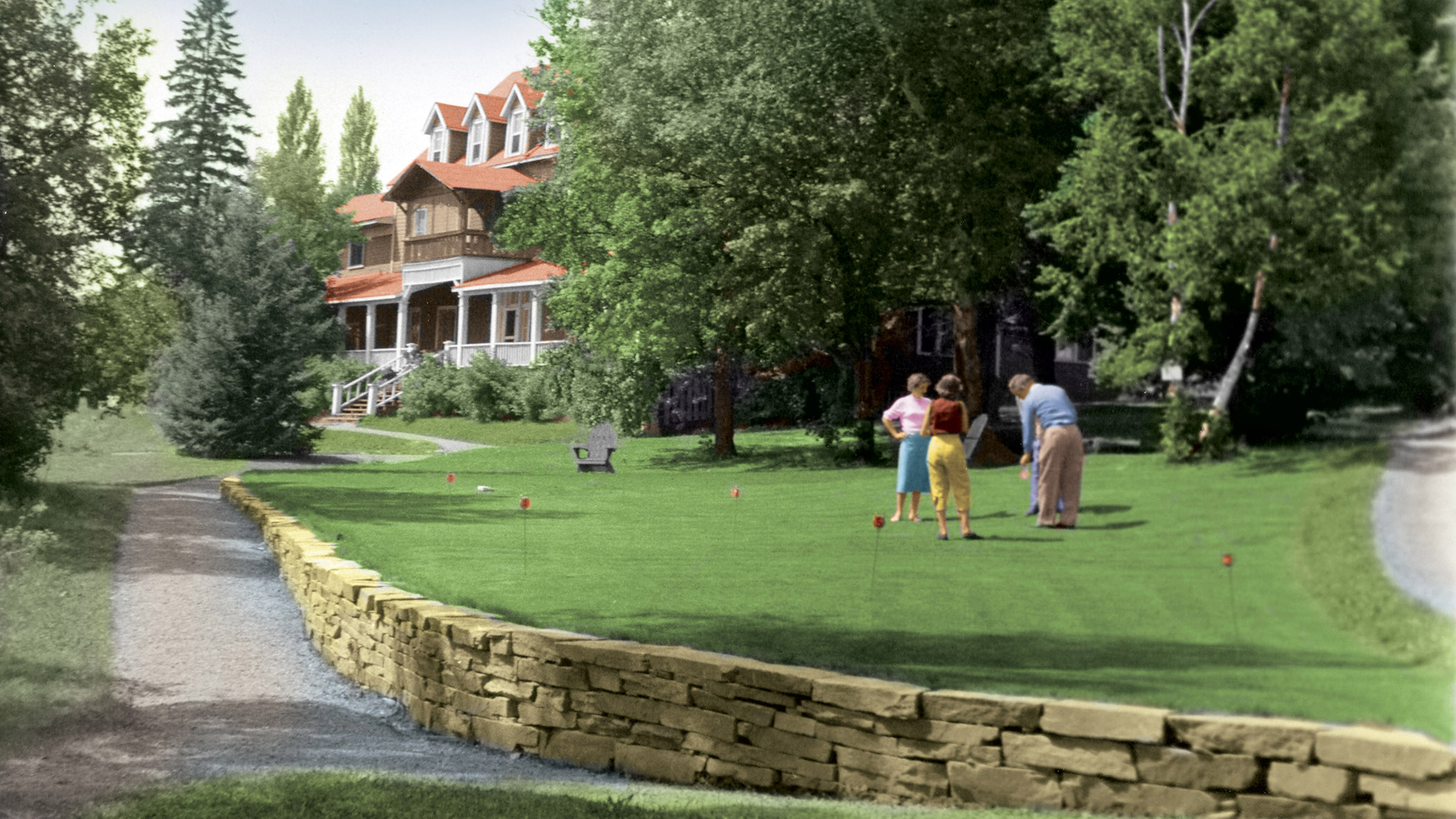 The putting green by the lodge, 1950s 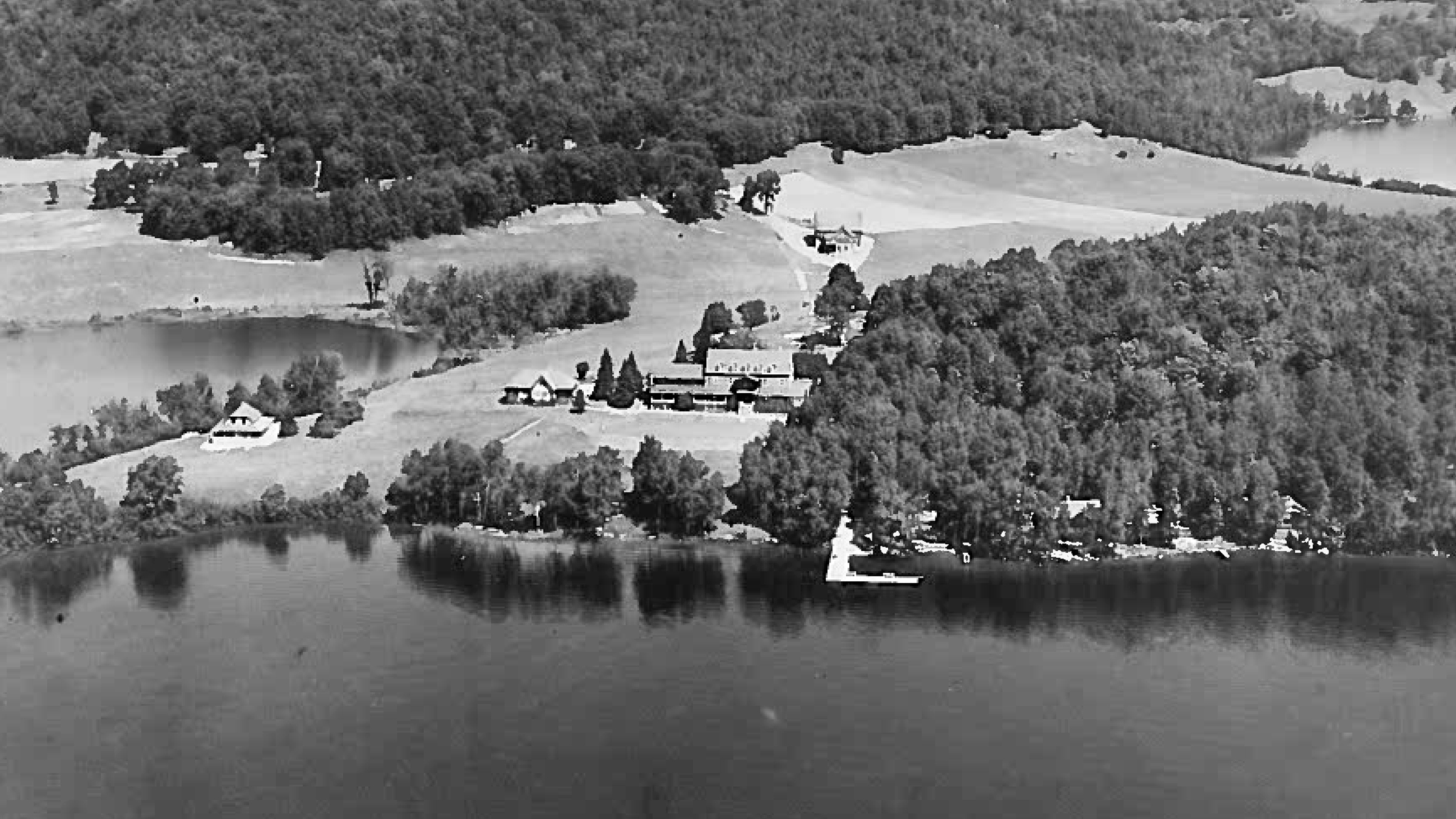 Aerial view of Deerhurst in the 1950s

Under three generations of the Waterhouse family — Charles, his son Maurice, and his grandson Bill — Deerhurst grew into one of Canada’s leading resort destinations. In the 1970s, when Bill purchased the resort from his father, Maurice, Deerhurst underwent its first significant renovation, becoming a year-round operation with conference facilities, a lounge with entertainment and winter activities. In the mid 1980s, the resort expanded dramatically with the addition of multi-bedroom resort home clusters and the Pavilion sports and conference complex.

The 1980s would also put Deerhurst firmly in the entertainment spotlight as home to what became Canada’s longest-running variety stage show production, where a young singer named Eileen (Shania) Twain began her rise to music superstardom.

When the resort opened Deerhurst Highlands and redesigned the Deerhurst Lakeside golf courses in that same period, it laid the groundwork for Muskoka’s later emergence as a major Canadian golf destination.

When Bill decided to bow out in 1989, three generations of Waterhouse ownership ended, quietly and without ceremony. That same year his father, Maurice, died at the age of ninety-one, on the last day of the decade. Over the better part of a century, the Waterhouses has taken Deerhurst on the road from first class to world class, nurturing its growth and setting the stage for its evolution as one of the country’s sought after resort destinations.

Today, the Lakeside Lodge sits majestically on the site of the original lodge built in 1896

By the start of the 1990s, Deerhurst had grown to 760 acres and could accommodate over 1,000 guests. For most of that decade, Deerhurst was managed by Canadian Pacific Hotels until it was acquired by Massachusetts Mutual, through its subsidiary Cornerstone Real Estate Advisers, in 1998. With this ownership change, a new chapter in Deerhurst’s history arrived with the expansion of the Pavilion which added a new hotel wing, conference centre, lobby, Eclipse restaurant and indoor pool in 2000. During this period Deerhurst was managed by Newcastle Hotels based in Connecticut. In March 2005, management of the resort was assumed by Atlific Hotels.

In June 2010, Deerhurst made history as host venue for the 36th G8 Summit of world leaders including Barack Obama, Stephen Harper and Angela Merkel. Shortly after, the property was acquired by Skyline Investments in January 2011. Under Skyline, the new Golf Cottages residential community was developed around Deerhurst Highlands Golf Course and the Summit Lodges (renamed for the G8) were renovated.

Beyond the resort’s vast array of amenities, services and activities for today’s discerning guests, it is the beauty of Muskoka that remains Deerhurst’s most important and enduring asset. There are still deer at Deerhurst, silently poking their way through the forests in the early morning. And the sunset sparkling on the lake and the haunting call of a loon at the end of the day hold the same appeal for us as they did for Charles Waterhouse more than a century ago. 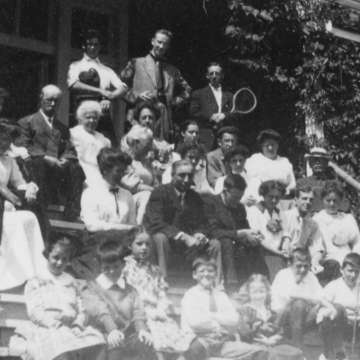 Three generations of the Waterhouse family shaped the destiny of Deerhurst 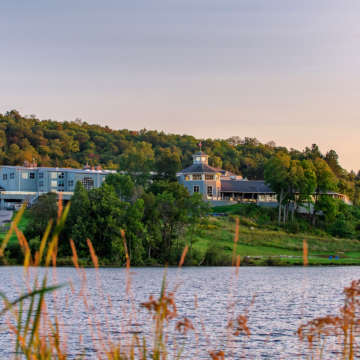 Deerhurst Facts at a Glance